The main purpose of each type of project in which the professional focuses can easily show the three types of game design:

When it comes to game designers that are specialized in mobile devices, most of them primarily thinks in just one type of game design.

Obviously, there are examples of games with strength in several types, just as Clash Royale, which contains a strong playability, as well as a strong systems design.

Next, each type of game design will be described.

Most of you might have already seen this: playability refers to the main game’s mechanic itself and the way the player gets involved in order to make progress. This type of design focuses on “finding the amusement” and also on having a fun playability that serves as the main retention mechanic.

The console and the “units sold” business of PC’s consists entirely of game projects that are based on playability. One desires to create a fun experience in which players will want to spend $60 to play over and over again.

In recent history, plenty of game designers for mobile devices have lowered the game design in favor of systems or “meta” game design.

Nevertheless, the design of strong playability is coming back to the spotlight (at least partially). This has happened especially for two reasons:

To ensure the successful delivery of a strong gameplay, a designer must offer a striking “moment-to-moment” user experience. Thus, to some degree, this type of design favors the good old console and PC designers

I truly believe we’ll continue to see new forms of fun and exciting playability in every single platform. Here, success means a pretty deep knowledge about specific games genres in which you are building a game design, and generally plenty of interaction (as opposed to planning).

We should take into account an additional element: platform optimization. This has been Supercell’s vital component. They have been remarkably good in terms of simplifying the already proven game from other platforms to mobile.

As most people in the game industry may know, Clash of Clans was a simplified version of games like Backyard Monsters and Edgeworld on social. Naturally, Supercell did a good job simplifying its resources, enhancing the core loop UX, etc.

However, the thing is, this huge opportunity continues to deliver specific platform experiences from proven main elements of playability on some other platforms.

“Systems”, “meta-systems” and “meta-design“: these three terms are quite often used interchangeably, however, this type of F2P game design mainly focuses on non-essential game attributes that are not directly linked to core loops actions or playability.

These systems promote a specific behavior, mainly when it comes to:

Both objectives drive LTV. Therefore, a system designer focuses particularly on the system project in order to maximize LTV.

A good system designer ought to know all of the F2P monetization tricks. Most of these were developed outside of Asia and the best systems designers keep a close watch on those markets, trying to find some other mechanics just like gacha, character sharding, VIP, hard currency banks, and more. All of these came from Asian markets.

It is also no coincidence that, during its early days, Game of War beat Kingdoms of Camelot, by copying the mechanics of Chinese games throughout that time.

In this field, getting better means study and practice.

The term “compulsion” applies to the use of mechanics or flows that stimulate different types of behavior.

In Game of War, there are (just to simplify) short, medium and long term retention hooks primarily conceived to attempt to try to capture and to reengage players having the game at different points in the player’s different gameplay cycle.

For instance, by incentivizing the waiting a little more in order to get a gift, the game Secret Gift attempts to intensify the short term retention, therefore increasing gameplay session length and also the percentage of return to the game. 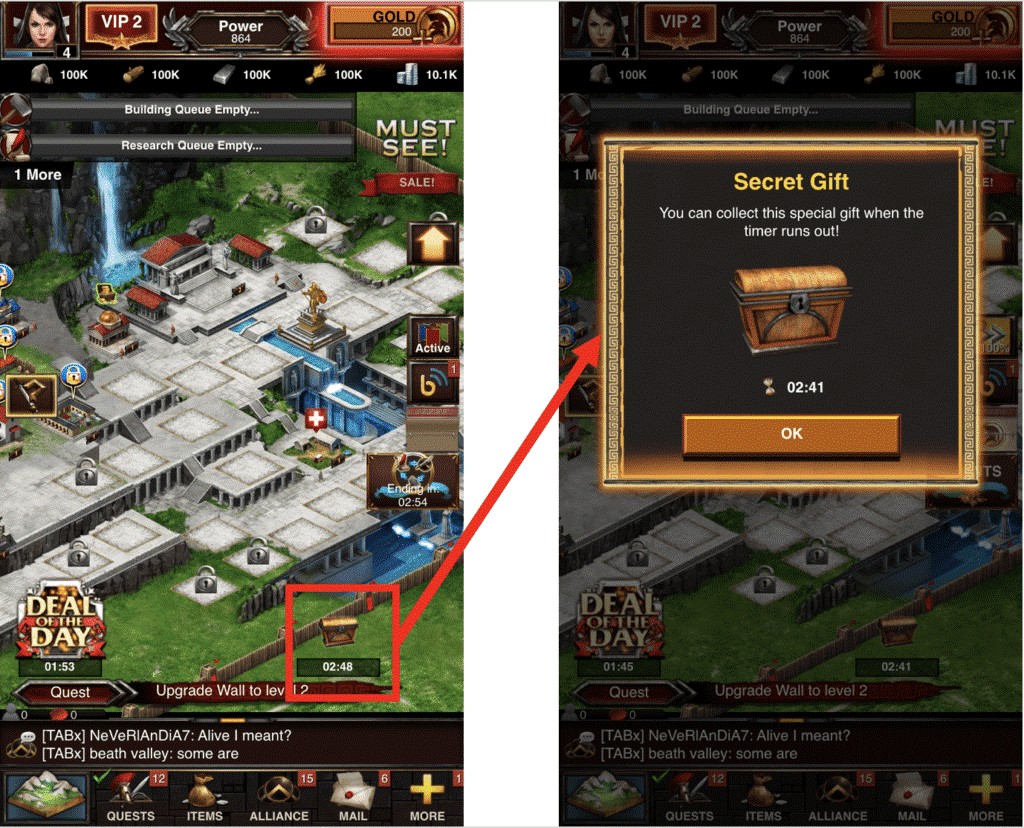 The chest timers from Clash Royale, that have been copied countless times, were first developed for mid-term retention purposes and also to increase the extra game sessions. 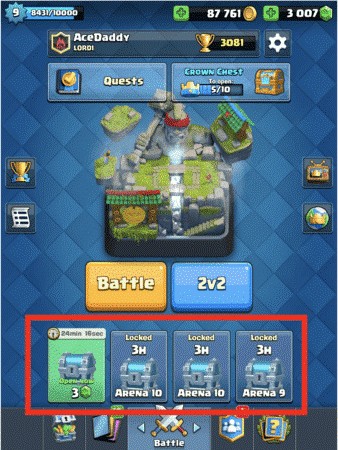 The game designers also center around the eldest game to hold the player within a greater period and to make it more profitable through GVG (guild-vs-guild) mechanics, or similar features. World Domination in Modern War was an exceptionally well designed GVG mechanic that noticeably increased monetization and retention in that game.

Social designers make an effort to motivate, not only social, but also psychological trends that can drive to certain behaviors in the game. For instance, social designers would try to thing what kinds of situations would lead someone to take different actions based on emotions:

One of the first games that really tried to highlight social design was Game of War. The design of this game has the strength to create so much emotional energy that irrational monetizing behavior becomes common.

For example, there are stories about players that made an investment of US$ 5K in this game after being defeated (having their city and army destroyed). They can easily spend US $ 10K to get revenge.

The game allows emotional states not possible in real life: the ability for players in the game that could possible become famous. How much is fame worth?

Plenty of the tactics lead to specific results. During the week there are events that encourage building up troops and, over the weekend, events stimulate fighting enemies to drain those troops. When a member of an alliance makes a purchase through the app, all the members of his alliance get to receive a gift, boosting the social pressure to purchase. Limited time offers are taken to the extreme with 5-minute flash sales.

I suggest that it is necessary to deeply understand all three main types of design in order to succeed with the game design within the competitive market of mobile gaming.

The days where it was possible to focus on single game design areas are over. I say this because I believe the next successful games will be similar to Clash Royale, regarding the fusion of expertise within different types of game design. To me, the most innovation and differentiation will be accomplished in the social game design area, which I recommend as a future study field.

Want to join the discussion?
Feel free to contribute!